How to Find Anyone: Lessons with Dr. John Patrick Keefe II, a Master Process Server 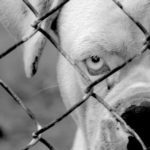 There is a reason why Dr. John Patrick Keefe II is such a successful process server. He has many years of experience and has honed his serving capabilities along the way. If you follow this list of simple guidelines, you too will be a process serving guru.

Be a master of disguise.

John Keefe has been known to don a pair of shades, fake mustache, and a custodian’s uniform to successfully serve a defendant with papers. Don’t believe me? Just ask him and he will tell you himself. Sometimes, you have to disguise who you are to approach the defendant. This holds true if the defendant knows what you look like due to previous attempts to serve him or her. There is no shame in putting on a bunny suit and serving a defendant with court documents during the annual Easter Egg Hunt.

You do not have to physically deliver the papers.

John Keefe II has another article that discusses the ways that you can serve court documents to a defendant who is on the LAM. Consider reading it! You do not need to put the documents into said defendants hands to serve him or her. You can serve papers via email, nailing them to the defendant’s door, or even via public notification in the local newspaper.

Never put yourself in harm’s way. 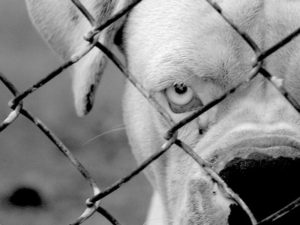 Dr. John Patrick Keefe II cannot stress enough how important it is never to enter a situation that poses harm to your well-being. If you see a snarling dog on the premises, avoid walking onto the property. If you get a gut feeling that you are about to get shot, LEAVE. It is never worth serving court papers to someone in a place that puts your life in danger. If you know that a particular defendant is unstable, don’t try to serve him alone. Take another fellow process server with you or at least try to serve him in a public place. Consider a concealed weapons permit for yourself and carrying pepper spray.

Don’t sweat having a wrong address.

Sometimes, you receive a wrong address to where a defendant lives. It is truthfully no big deal and works in your favor as a process server. If you have made multiple good faith attempts to reach the defendant and can prove that you did so, the courts will honor this and a default judgment will be entered against the defendant. So, when a defendant thinks that he or she is sneaky by not supplying a valid address, they are shooting themselves in the foot. It never pays to lie, kids.

Be prepared to see things you do not want to see.

Did you know that process servers see more death than some police officers? This is because the folks you are serving aren’t necessarily living the lifestyle of a wholesome Catholic school girl. Dr. John Patrick Keefe II has walked into many situations where people are passed out, drunk, high on drugs, and even near death. Being a process server is no joke, make sure you are ready to take on the task.

Notary Public Horror Stories: Things You Should NEVER do as a Professional Public Notary 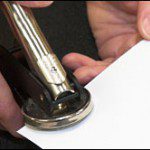 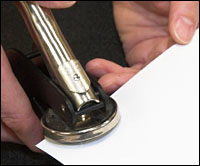 As a professional public notary, there are a few things you should never do while on a signing job. Most of these things are purely common sense. If you lack commons sense, perhaps being a public notary is not the job for you. Dr. John Patrick Keefe II, a public notary in Oklahoma City, would like to share this list of no-no’s, and encourages all public notaries or those aspiring to be one, to read them.

Ed and Betty accepted a loan signing from a signing company. The couple arrived at the agreed upon signing location on time. After 30 minutes had gone by, Ed and Betty began to wonder if the public notary had forgotten about them. That’s when Ed’s cell phone rang. Can you guess who it was?

On the other end of the line, the public notary sounded frazzled and full of excuses. She claimed that her car broke down and then proceeds to ask Ed for a ride! Ed and Betty graciously agree to give her a lift.
It only gets weirder from here, folks.

The following day, the notary public called the loan officer and told him that her husband had to work late, and that’s why she missed the signing appointment. Can we say, “caught.” As if the loan officer wouldn’t find out what really happened!

One company receives complaints ever month about a notary who is notorious for making mistakes on documents. Whenever the company or clients try to reach the public notary, he doesn’t respond to phone calls, text messages, or emails. When confronted with this issue the public notary always has some lame excuse like he was on vacation or was experiencing a family emergency.

Folks, if you are going to be a public notary, there is NEVER any reason not to answer your messages concerning a signing, especially an email message. In this day and age, Wi-Fi is largely available almost anywhere.

Don’t Make the Company You Work for Look Bad

Diane and Christopher were waiting patiently for their public notary to show up and meet them at a local café. Finally, 20 minutes late, the notary arrives. You would think that he would have apologized to Diane and Christopher, but nope, he was rude to them instead! The public notary didn’t handle the signing professionally and on top of everything, he didn’t fax the appropriate documents. The documents were also not returned properly.

Listen, if you work for a company or are part of a team of public notaries, do your job well because the rest of us don’t feel like looking bad on account of one rotten apple.

Always dress professionally when conducting notary business, and don’t smoke on the job!

Always be prompt, and NEVER make your clients wait on you.