Dr. John Patrick Keefe and the Case of the Missing Turkey 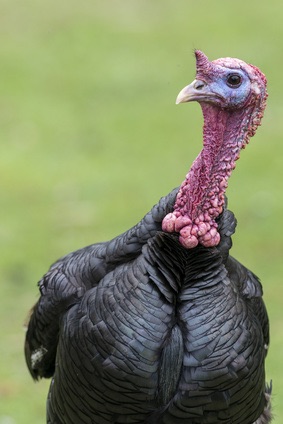 Good evening ladies and gentlemen. Tonight’s tale is about our beloved private investigator, Dr. John Patrick Keefe II. Now, John finds himself quite perplexed by his client’s request this Thanksgiving season. You see, his neighbor, we’ll call her “Magda” has seemed to of misplaced her pet turkey, Bart. Bart the Turkey is a lovely, plump little bird with beautiful feathers and a great gobble. Every day, Bart comes out into the backyard from the barn to rustle up some fresh worms and bask in the morning sunlight. However, on the morning of November 22nd, 2015, Bart was no were to be found.

Magda, in a panic, did the only thing she thought to do and that was to call up her trusty neighbor who just happens to be a Pi, Dr. John Patrick Keefe. “John!” screeched Magda into the phone, “Someone has stolen, Bart!” John Keefe, the gentle soul that he is, calmed his elderly neighbor down and told her that he’d be right over.

Once Dr. Keefe entered Magda’s home he was met with the familiar scent of mothballs. Bart the Turkey probably ran away because he could no longer tolerate the stench. John spotted Magda sitting at her kitchen table with a cup of coffee. “Hi, Magda, what can I do for you today?” said John. “Oh, Dr. Keefe! I’m so frazzled! My beloved Bart has gone missing! I just don’t know what to do! Can you help me?”

Dr. John Keefe tugged at his chin for a brief moment and said, “Sure, Magda, but only if you’ll pay me in cookies.” Magda jumped out of her seat and hugged her beloved private investigator around the neck. “Oh, thank you, John Keefe!

So, after taking down some vital information about Bart the Turkey, John began his initial investigation. He located some of the bird’s feathers and followed them to a small opening in Magda’s backyard fence. “Uh oh,” thought John. Getting down on his knees, Dr. Keefe peered into the opening of the fence and what he saw was rather disturbing. It looked like there were turkey snacks laying on the ground!

“Someone has lured Bart the Turkey out of Magda’s yard!” exclaimed Dr. John Keefe. John spotted more turkey feathers by the curb and down the street. Following the trail of feathers, he was lead to the local butcher shop. “This does not look good,” said John to himself. As he approached the butcher shop he could hear all sorts of squawking and weird noises. In fact, those noises sounded just like Bart the Turkey!!!!
Dr. John Keefe II ran into the shop and through the plastic hanging door to see what was going on. Much to his horror, Bart the Turkey was just about ready to get his head chopped off! “What the frick do you think you’re doing you ugly old bastard!?!,” said John to the butcher. The butcher got scared and dropped Bart while fleeing.

John picked up Bart the Turkey and promptly returned him to Magda who was waiting with a big old batch of home baked cookies for him.