How can a private investigator help you in case of harassment?

The help of the private detective

It is not uncommon to see victims of harassment hiding in silence. Fear of retaliation, of not being believed, or having to fight – the reasons are often related to the difficulty of bringing evidence of harassment. Indeed, to accuse an individual without tangible proof can be particularly dangerous, especially when the stalker is a relative, a superior or a colleague appreciated by all. That’s why calling a private detective can help fix the situation.

Evidence of harassment admissible in court

A private investigator solicited in a case of psychological or sexual harassment has a priority: to provide evidence that will allow the victim to put an end to this harassment, and to bring the case before a judge. Our process of private investigation in Oklahoma City, Oklahoma involves setting up a monitoring device, but also by soliciting personal and professional circles, who can attest to certain facts. It is important to use a professional private detective service like Oklahoma Judicial Process Server, which comes up with evidence that is actually admissible in court. 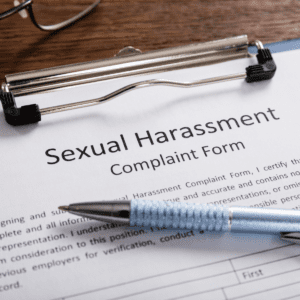 Internal investigation is probably one of the most important steps in the process of handling a complaint for psychological harassment, for all involved parties. It is after all to determine what really happened.

When the complaint has not been settled by a procedure such as mediation or the person against whom the complaint is made (the party complained against) denies the facts alleged against him, and if the complaint does not appear frivolous, the head of a policy against harassment at work can trigger an internal investigation.

The investigator first obtains from the person in charge a copy of the relevant documentation, including the current policy and the wording of the complaint. He checks whether each of the allegations is well defined. If this work has not been done beforehand by the person in charge of the file, the investigator draws up the list of the allegations with the complaining party and makes him approve it. He also informs the alleged party of what he is accused of.