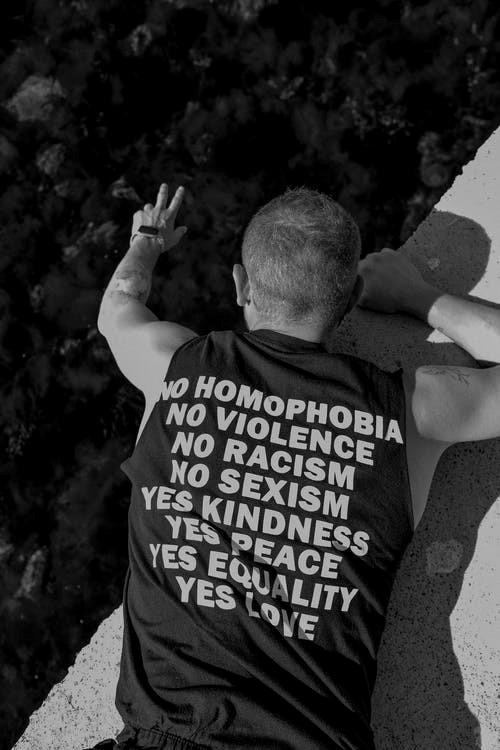 The agencies of criminal background check in Oklahoma have been actively working alongside politicians and media groups to fulfill the inadequacies. The shortcomings have continued to plague the criminal justice system and has caused it to poorly manage victims and offenders from the LGBTQIA+ community.

Numerous members of the LGBTQIA+ world will tell you of countless bitter experiences in a criminal background check. They will have dozens of stories to share about the prejudice and mistreatment that the society has traditionally dished out to them over the years.

The fact that the judiciary has often joined the society in their unfair treatment makes the entire situation even sadder. There have been acceptance movements in the recent past, where many giants from the judicial system, the government and the media industry have been trying to bring an end to the history of mistreatment.

Despite the active efforts everywhere, the stigma is so widespread that a lot of unfairness, especially in the case of a background check, runs rampant. Despite the contemporary movements and protection, research shows that the marginalized LGBTQIA+ community is still facing violence and prejudice on account of unfair criminal background check.

Sodomy laws are those that define certain sexual activities as crimes or offences. The courts would interpret the term sodomy as sexual acts that one could deem immoral or unnatural. Today, many companies run statewide background checks in the form of a yes or no questionnaire.

The employers can and often run a criminal background check in Oklahoma and since it’s a common practice many others might do too. In this case, if the employer catches and LGBTQIA+ individual lying, the consequences will be far worse for them.

The sad truth is that the severity of the crime is never of importance; in fact, many even neglect to consider how grave the crime was. The instantaneous action is to instantly reject applications, deny rights and even render unfair treatment to the LGBTQIA+ people once someone catches their lie.

This is brings us back to the time when sodomy laws had given the liberty to ban homosexuality outright. Companies were the fastest to hop onto the bandwagon and wasted no time in rejecting the prospects too.

Even today, this unfair treatment appears to be in practice in many parts of the country and the world. Perhaps it wouldn’t be wrong to blame the broadness of the term that has given this liberty to many others.

Let’s dive a little into the many difficulties that the term “criminal background check” has created.

The fact is that a conviction of any degree becomes a permanent cause for concern in all aspect of the future life. But this is most especially true when applying for job opportunities in companies. Even a small conviction will appear as a big crime to a potential employer. This is why criminal background checks during sodomy laws were even more difficult for the LGBTQIA+ community.

People always used criminal background checks to frame the LGBTQIA+ individuals for their perceived sexual orientation. Most usually, companies would reject their applications on the basis of actual events that were false arrests in reality.

For the LGBTQIA+ members, this was a constant worry because they faced rejection repeatedly resulting from nationwide criminal background check. One must note that the most intriguing thing about the entire scenario was that the sodomy laws never specifically targeted the lesbians or the gays. That was never the purpose of the laws but that is exactly what it transformed into.

The misuse of the laws happened when people started using them to create false narratives about the LGBTQIA+ community. You may call it their personal vendetta or for the sake of their personal satisfaction, yet the society ruthlessly molded the laws for their aim.

It wouldn’t be wrong to blame the sodomy laws for creating a bout of homophobia as well. This was the age when the individuals felt downright fearful to belong to their community or acknowledge belonging to it. So harsh were the sodomy laws in those days that if a criminal background check produced negative results, the entire society would turn against the individual.

When statewide criminal background checks ran in the past, they did not merely stop at the crime of the LGBTQIA+ individual. Instead, they dug deeper into the individual’s life, their sexual orientation and their life. The background check would leave no stone unturned to unveil everything about the person’s life.

The ulterior motive behind this extremely intrusive and improper style of investigation was to mar the reputation and the life of the LGBTQIA+ person. It would not just result in a loss of their job or application rejection but provoke the wrath of the entire society too.