Effective Ways for Process Servers in Oklahoma to Keep Their Clients

There are many methods that process servers can use to help retain loyal clients who will often provide business year after year. Repeat customers also save the time required to always have to go out and find new ones. A professional process server can benefit greatly from following a few principles that should help ensure much success for years to come. Oklahoma Judicial Process Servers would like to share what a few of these are.

One of the main tenants of retaining customers is to have very competitive prices that meet or beat those of other process servers. If others have prices that are lower, clients might choose the other company and/or individual. Economy-crushing companies like Wal-Mart followed this principle by matching or beating all of their competitors’ prices, and thus people looking for a bargain flocked – and often still flock – in droves to its stores.

Money and lower prices will not get a process server very far if the clients find service he or she provides to be wanting. If a professional process server in Oklahoma is rude, does not do the serves correctly, etc., then lawyer or other individual will often go elsewhere – even if it costs them a bit more. Promptly answering E-mail, returning phone calls, and providing case status updates are also vital! Low prices are great, but without excellent service to go along with them, they just won’t cut the mustard.
Blog Directory

Often law firms and other professionals will complain about how a process server took too long to do a job or did not even really try at all. This goes back to the entire customer service experience. Those who are the most successful in this field provide quick, accurate service and are very nice to their customers. Likewise, they try to be respectful to the people they serve, as anyone – even process servers – can get served at almost any time.

One combination of customer service and affordable prices necessitates the sending out of business cards, thank you notes, magnets with company logos on it, etc., to customers. These help promote one’s business and are often kept on hand for future use. Secretaries and others often remark about how they still have a business card or mug from Oklahoma Judicial Process Servers which bears its logo. Including a little coffee that has a process server’s business card taped to it when sending out mugs always adds a nice touch! These are little investments that can potentially pay dividends for quite some time.

Clients who send coupons with discounts on the next serve and a short handwritten note of thanks can score big points with the people they help. Who doesn’t love a discount and really feel and know that their process server appreciates them? Once again, this goes back to fantastic service and dedication to the profession.

These are just a few of many things that Oklahoma process servers can do to help keep their clients loyal for quite some time. It is a sound business practice for process servers in Oklahoma to keep relations with the people they serve positive and to let them know how much they really are valued and appreciated. After all, there is so much more to the field and life in general than just making money.

Tinsley Keefe, OKC Process Server, Is Caught In the Middle of an Assassination Plot 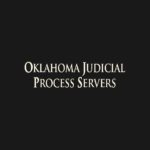 Craigslist is not normally a place to try and hire assassins – especially not under the guise of a modeling job offer. Unfortunately, modeling job offers are frequent on websites like craigslist. This means many unsuspecting women are in jeopardy of experiencing something similar to what Tinsley Keefe just experienced.

In early May, Tinsley responded to a modeling job post in her local Oklahoma City section on craigslist. Extremely excited at the prospect of working on what seemed to be cloud nine, she was too happy to try and find deeper meaning – and why should she have? Finding a modeling contract on craigslist is fairly simple and definitely not out of the ordinary.

This is why Tinsley Keefe was so shocked when she finally met with her prospective employer. The woman introduced herself as Samantha Dowry, and acted very polite towards Tinsley in the beginning. Soon after however, things took a very dark turn.

“When I got there, this gal that called herself Samantha Dowdy, or something like that, she got some information from me,” Tinsley explains. “And then she said ‘oh, and by the way, this is not about acting and modeling’.”

The situation took a complete 180; changing from a light atmosphere to very uncomfortable circumstances.

“I was like ‘why would you ask me?’” she reflects out loud. “And she said because she was recruited back when she was in college, she’d been doing it for a number of years, but couldn’t do it this time around because she was pregnant.”

After this unexpected turn of events, Tinsley was forced to keep her cool while the woman explained her true intentions: assassination. Claiming to be from the Israeli Intelligence Agency, the woman provided Tinsley with a set of instructions on the assassination, as well as vials of a powdered substance meant to kill the victim.

“She had all these pictures and a slideshow presentation all ready to go. She had codes… and was teaching me how to do those. But she also said that the reason she wanted an American female tourist to do it was because they would be less likely to be suspected.”

Included in the instructions was the procedure: prepare two cups of coffee, add powder to one of them, offer the victim coffee every morning, monitor his health and report changes in illness, and finally switch hotels after the victim is dead or hospitalized.

The woman also offered Tinsley $1,000 spending money on her assassination trip, as well as a $4,000 payout upon completion. Of course, the second Tinsley reached safety; she called one of her good friends that happened to be a lawyer and asked for advice.

Ultimately, this led Tinsley Keefe to report the situation to the FBI – who then took several weeks to get back to her. When the investigations finally began, the information started rolling in. Samantha Dowry was actually Danielle Layman, a Ponca City citizen seeking to murder her ex-husband by hiring an assassin over the internet.

With Layman now in custody and her ex-husband free from an unexpected murder, the authorities are looking at Tinsley Keefe as a hero. Without her ability to keep her wits about her and her courage to come forward, a man might be dead and a murderer might be walking free. 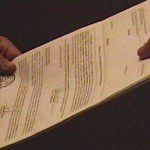 Clients demand to have their papers served whenever they want them served. A skilled process server in OKC will have the best chance of getting the job done right. Thus, a new Oklahoma process server needs to know the following things about the process serving field: