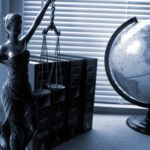 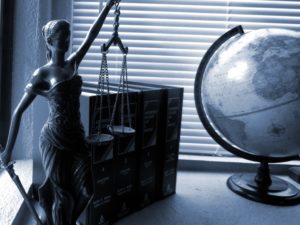 Requirements to Obtain a Process Server in Oklahoma License:

Who Can Benefit From a Process Server in Oklahoma City:

OKC process serverS usually workS for insurance companies, attorneys, businesses, banks, private individuals, government agencies, and more. With the passage of time, a private process server in OKC usually administers everything from summons, child custody papers, victim protection orders, subpoenas, transitory restraining orders, small claims litigations, etc. A process server must have adequate know-how and expertise to deal with these cases. Counties often publishes a list of Oklahoma City process servers, which is available at the court clerk’s office. To be on this list will not really help you earn a lot of revenue, if you are wantikng to work as a process server in OKC. Therefore, you have to either begin your own business or work for a renowned legal and consulting company.

Delivering legal papers may sound like a simple task, but it is not true in most of the cases. Let’s have a look at some of the tasks that are usually performed by process servers in OKC.

OKC process servers must remain careful about their whereabouts. They should inform others about the locations where they are going to visit, or the places from which they are returning. A process server in OKC needs to be very careful when dealing with a new person, as it can be really risky if proper care is not taken.

Overall, a process server Oklahoma City can earn a good sum of money. So, if you are planning to pursue this field, then it’s a great choice. Remain dedicated, sincere and honest with your clients. Treat each of your clients with due care and attention. 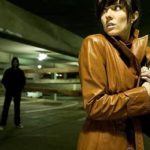 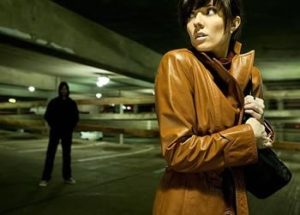 A Valentine’s Day admirer who secretly sends you chocolates, greeting cards, and gifts every year — sounds sweet and bit romantic, isn’t it?

But ever wondered where this secret admiration would end? Will he ever show up or just continue to send you presents secretly for years? Dr. Tinsley Ariana Taylor Keefe recalls her experiences as a process server in Oklahoma City, affirming the fact that some people may go to any length.

Imagine this scenario – A shy boy in high school, a friendly girl getting candid with him to help him feel comfortable. The boy who was shy in the beginning became fond of her to the extent that he started interfering in her social circle. He dictated her on whom to talk with, how to walk and even how to dress up. This obsessive attitude drove the girl to her limits and she cut off all ties with him after an ugly argument.

Little did the girl know that this spat would further strengthen his obsessive behavior. She moved on, made new friends and enjoyed her time in high school, while the boy went back to his quiet self. At the last Valentine’s Day, before her finals, she received a beautiful box with, “Your Admirer” written on it. The box was full of paper dolls pictured like her in different outfits. Scary like hell, she understood that it would be no other than the shy boy in her class.

It is a terrifying thought that someone was watching you throughout your years in school in OKC and you weren’t alone even when you thought so. What started as a sweet admiration was now becoming scary stalking. Before the girl could decide her next step, she heard that the boy had moved from the city and she breathed a sigh of relief.

Obsessive stalkers are a next level creep; they won’t leave you even after years. In their psychotic ways, they probably are “in love” with you. Through creepy stalking and sending weird obsessive gifts, they believe they will eventually make you feel their affection. In reality, it’s a criminal behavior requiring immediate reporting to avoid future harm. But most people don’t realize this, and things sometimes get ugly. 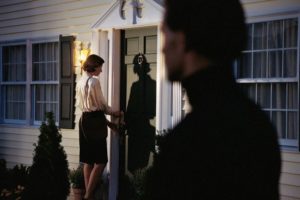 Fast forward to 10 years later: The girl received a book in her mailbox. The text was full of admiration, love and affection for a girl. It was filled with her habits, likes, dislikes and every tiny detail of her life. It was chilling, not because of the details but because the book was about the girl herself and was written by her high school stalker.

Sometimes, even after process serving, the stalking may continue. If the bizarre gifts and weird love letters keep on coming, it’s better not to respond and to report it immediately to the police. Sometimes the stalkers may threaten to commit suicide if their obsession is not reciprocated. The key is to keep the authorities and the process servers you’ve hired updated. Dr. Tinsley notes that the best process servers in OKC are well-experienced and know the behavior. Such process servers may even predict the next move of the predator stalking you.

During her career as a private investigator in Oklahoma, Dr. Tinsley Ariana Taylor Keefe has learned how petrifying all this stalking and obsession becomes for the victim. Therefore, she always makes sure to collect enough evidence to let your attorney build a case strong enough to provide you guaranteed protection.

Dr. Tinsley suggests never to shun your instincts and to take note of the suspicious activities around you. Discuss the matter with your friends or family and if necessary, report them to the police or concerned authorities. When in danger, don’t give up. Be loud, be hysteric and ask for help because no matter what, the alternate scenario can be devastating.