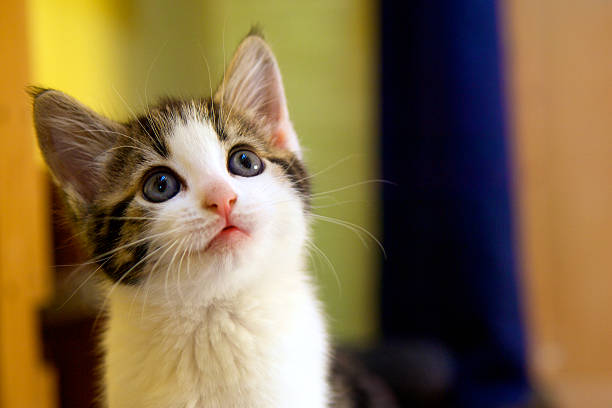 The cat-decoy technique leverages the psychology of human relations with cats. Cats are adorable baby-like pets, and most individuals are always unsuspecting of them or the person having them around.

Hence, we look into the steps, precautions, and other necessary things your private detective should know, to effectively use the cat-decoy technique for an investigation.

Using Cats as Decoys for Private Investigation in OKC

The conventional practice has been the use of dogs in various field investigations due to their special abilities to unearth strange things and more.

Beyond being a source of stress relief at work, or a companion during stakeouts, cats have also proven to be a great decoy animal during an investigation.

Below are ways private investigators (PIs) can use adorable cats as decoys:

Being with an adorable cat is an effective means of achieving this. The cat helps the PI blend in, looking like regular on-lookers or passers-by. It reduces the risk of discovery while the PI observes happenings and carries out his covert investigation.

Sometimes, a private investigator may need to lure an unsuspecting offender out of their abode or hiding places. Using an adorable cat as a decoy will be the most unsuspicious way to go about it.

Almost everyone feels an emotion towards cats, especially if they’re cute and meek. Most private investigators from Oklahoma Judicial Process Servers (OJPS) have leveraged this compassion to get suspects where they want them.

Seeing a beautiful cat wandering tirelessly around a home can get a suspect’s attention and increase their curiosity to discover the problem. But curiosity won’t be killing the cat in this case; it will be docking the suspect instead.

To get close range visual/audio recordings

Another means of using cats is by wiring them with surveillance equipment like listening devices and small cameras. A cat can help you listen to suspects’ discussions while the information is transmitted to you from afar.

It’s hard to be suspicious of an unknown cat sitting near during a discussion. We’re sometimes tempted to put them on our laps and rub their fur if they’re adorable. This can allow a PI to listen in on a conversation if the cat is wired.

Also, there are specialized cameras cats can carry that’ll give you fair coverage of an area. This is usually useful during investigations involving abandoned stores or warehouses.

A cat can enter these enclosed places, and the surveillance equipment on it will give you insight into the activities going on there and the type of products housed in the enclosure.

These are some popular ways a private investigator in Oklahoma City uses adorable cats as decoys. However, while these techniques look straightforward on paper, there are certain precautions a PI must take to avoid repercussions. We investigate these precautions below.

As a private investigator in Oklahoma looking to use the cat-decoy technique, here are things you should consider:

You must ensure that whatever activity you’d be using the cat for doesn’t contradict animal welfare provisions.

Hence, a PI in Oklahoma must know the animal welfare rulings and its excesses to prevent overreaching.

Strategies/techniques should be kept within the constraint of the law, and things required of the cats should be basic and less exerting.

Ensure the cats are trained and less aggressive

Aggressive cats are likely not to be effective as decoys due to their nature. Individuals will tend to chase them away or have less affection for them.

Also, an assault from the cat may make the case take another turn. Hence, a private investigator Oklahoma must ensure the cats used as decoys are as meek as they’re adorable.

Untrained cats may tend to run and wander when given much freedom. They may leave the area of investigation, thereby adding ‘missing cat search’ to the PI’s already filled schedule.

Every cat selected for decoy during an investigation must be properly trained and tamed to get the best out of them.

Using cats as decoys during an investigation is somewhat endangering them. Some suspects may be brutal and end the cat’s life upon discovery.

This possibility is why a PI should always ensure the risk or danger level for the cat is much reduced to avoid risking their lives.

Basic precautions like being proximal to the cat’s location and training the cat on basic defense techniques in times of danger, can work. Also, you shouldn’t send cats to places with a high risk of danger, especially places with armed individuals.

Using cats as decoys is an effective investigation technique. But it depends largely on the experience of the PI and his ability to take needed precautions. It’s also worthy to state that the lines of animal welfare should be left uncrossed while employing this investigation trick.