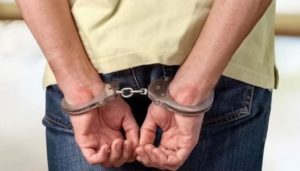 Generally, people consider skip tracer and bounty hunters synonyms. But, in reality, there is a clear difference between their roles. More specifically, a bounty hunter is always a skip tracer too but, a skip tracer is not a bounty hunter. Skip tracers are hired for investigation purposes and for spying the people. They get hired by civil people for their personal issues. On the other hand, a bounty hunter never gets hired for civil cases. They are specially trained for criminal cases. They work for locating the hidden criminal, fugitive criminals cases. Also, he works to spy and locate those criminals that have got bail. The main motive is to ensure that the bailed criminal attend all the hearings of his case and do not escape.

Generally, criminals usually have higher approaches that save them from being punished for their crimes. They commit crimes for people and demand heavy amount of money and protection from court in return of their services. Else, these high profile people can commit major crimes by themselves too. Consequently, when police arrests them for their crime, they usually get bailed. From here, the role of bounty hunter gets start. The bail-bond-person has to make sure that the criminal should regularly attend the case hearings. For spying purpose, the bail bond person hires the skip tracers and gave him 10% of bail amount as his fee. 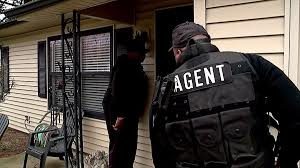 As mentioned above, the bounty hunter is specifically appointed for fugitives. First, it is important to understand who fugitive criminals are.  Those criminals they are successful in hiding themselves from the law authorities, after committing a crime are known as fugitive. Also, those criminals who ran away to other countries, after committing crime, to escape arrest. Therefore, the concerned authorities hire the bounty hunter so that the criminal can’t be escaped and justice can be prevailed. They used their special hunting skills are reveal the hidden truths. They are more efficient than the skip tracers.

Like policemen, private investigators and skip tracers, bounty hunters also have some authorities given by the law. They can arrest the suspected person directly. Also, they can enter the home of people (suspected) without notifying them. They can also hack into their financial and other personal account as for the purpose of investigation. Yet, they have no authority to harm anyone even the suspected one. They are meant to just investigate and prove or disprove the accusation. Typically, they are agents of bail bond recovery. Some people question about the legality of bounty hunting. Undoubtedly, it is legal as allowed by the law of state

Though, bounty hunters are authorized to enter in accused person’s property and belongings without and prior notification. Yet, a person has opportunity to claim against him. The law has granted the right of “Civil Claim” in which a person can complaint against a bounty hunter. These claims can be several natures. Like; a bounty hunter has damaged to property of a person. Further, he has injured any of the members. Or, he has misused any of his granted authorities.